The Feleti Barstow Public Library located in PagoPago, American Samoa, is the only public library on the island. The library has an extensive Pacific Collection, and is currently working alongside the American Samoa Historic Preservation Office to create an historic Polynesian Photo Archive. In 2012, the FBPL was bequeathed 800,000 photos after the passing of Keith Dahl, a beloved photographer and Baha’i missionary, who lived in American Samoa for nearly 40 years. Early on, Dahl found his niche in the islands photographing community gatherings: weddings, school events, flag days, religious ceremonies and other cultural events. All of Dahl’s photographs were taken on film, and over the last three years, the staff at the FBPL have digitized the entire collection. Remarkably, Dahl had a numbering system for each photograph that indicated the date and sequence that the photo was taken which allowed for great archival practices. The staff at FBPL surveyed every film photograph and were able to digitize them in sets of 25 – equivalent to roughly 32,000 scans. Siata Siaosi and Roxy Vailolo did the majority of the scanning. Today, the library is using Mukurtu CMS to provide access to these images for identification purposes. Since the collection went live at the beginning of August 2020, the library has gained nearly 450 authenticated users.

The Feleti Barstow Public Library is one of the Spokes supported by the Mukurtu Hub at the University of Hawaiʻi at Mānoa. 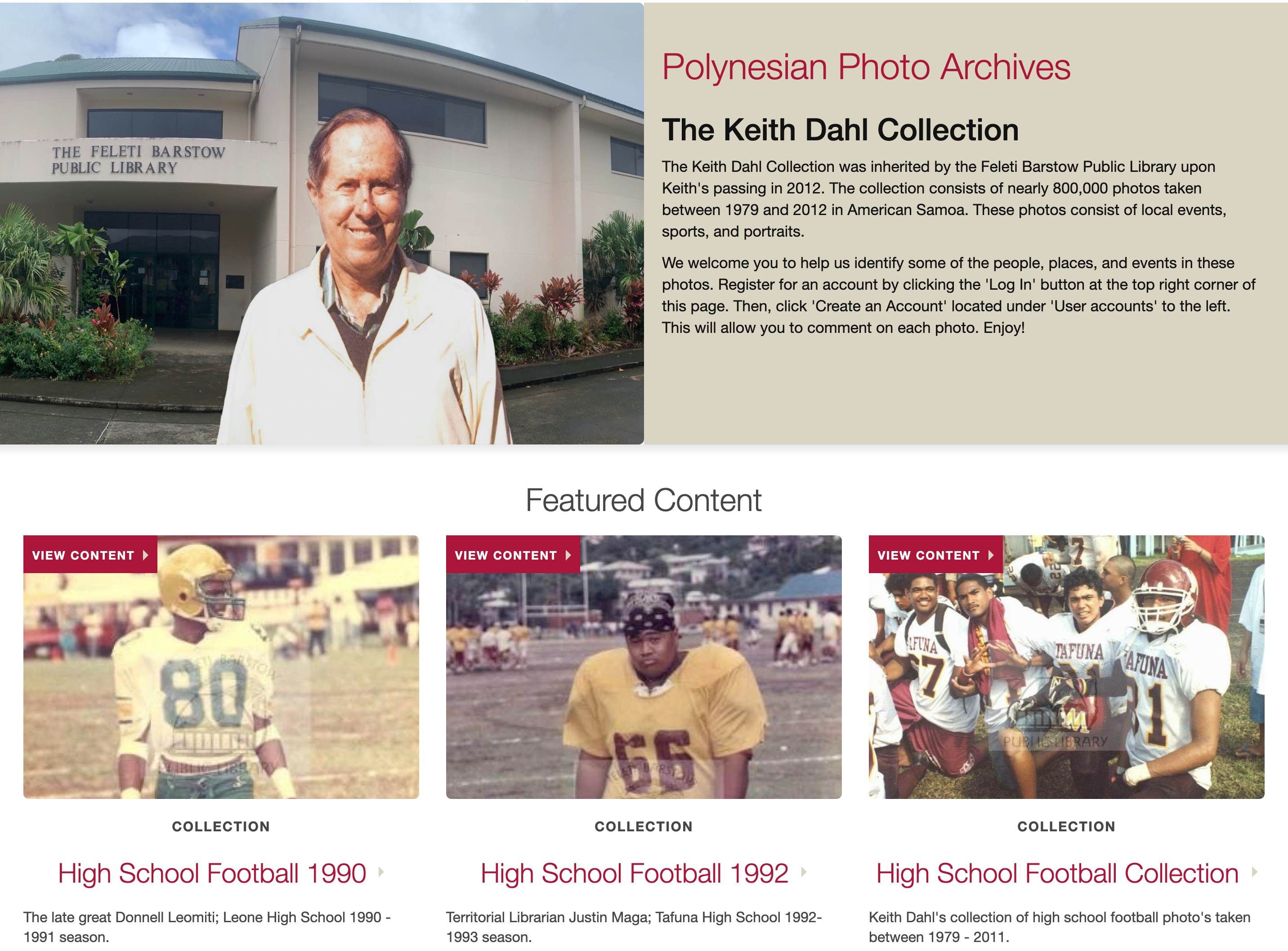